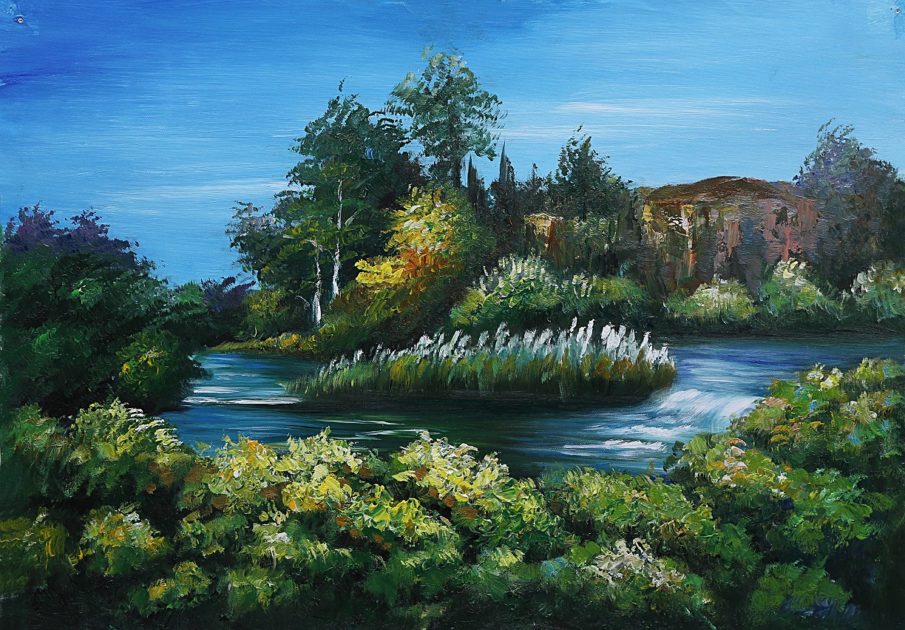 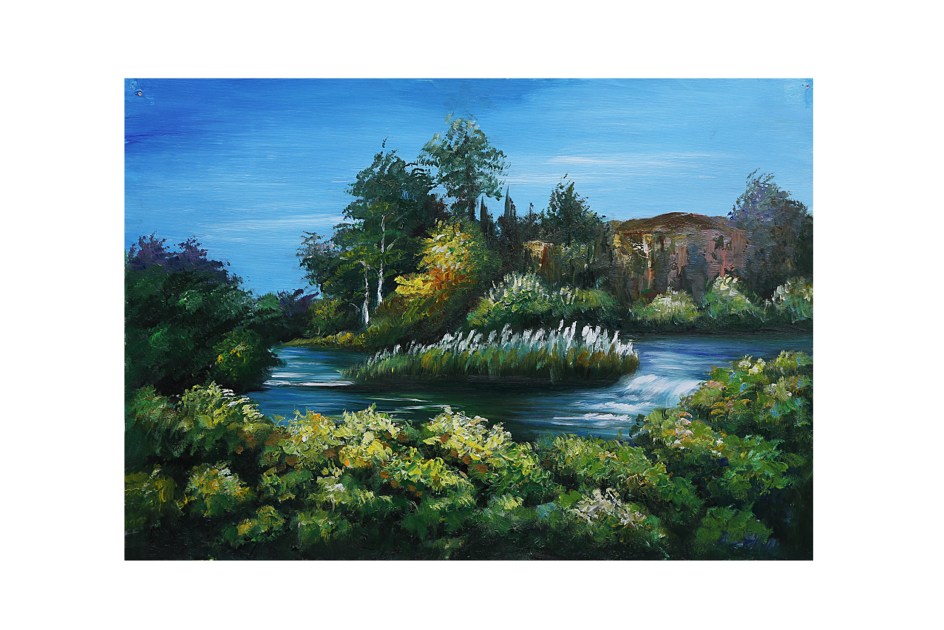 About:
Matthew 16:15: When Jesus came to the region of Caesarea Philippi, he asked his disciples: ““But what about you? … Who do you say I am?”

Quantity:
1
Get it Now

Matthew 16:15: When Jesus came to the region of Caesarea Philippi, he asked his disciples: ““But what about you? … Who do you say I am?”?”
Caesarea Philippi, as mentioned in this passage, was called Paneas in ancient times. It borrows its name from the mountain of Panium, or Hermon as it is called today. Its river is one of the three main streams that flow in to the Jordan River. The Banias carries immense historical and spiritual importance going back to Hellenistic times, when it was a place of worship for Pan, the god of nature and the wild. In biblical times, it was near its cool waters that Peter made its famed confession proclaiming Jesus as the true messiah, and where Jesus publicly accepted his role as Christ and Son of God. This unique, limited-edition painting depicts the rich, calm surroundings where such great moments took place. 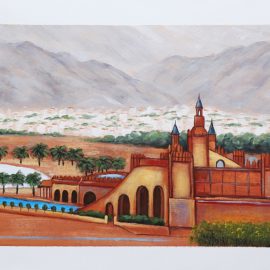 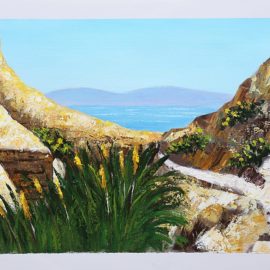 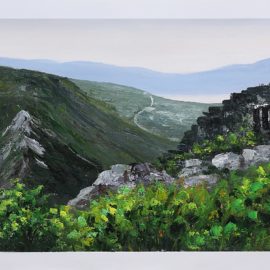 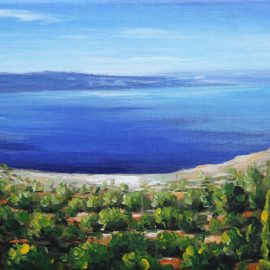 Please enter your email address and we'll send you a message with your chosen item so you can find it anytime.

You have successfully subscribed to our newsletter.